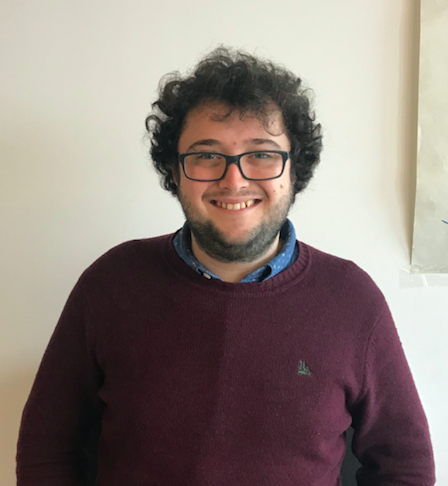 Although top-notch coffee goes back a long way, speciality coffee has swept the market in recent years, going from niche pursuit to serious business, in cafes and coffee shops around the world.

And, by the same token, coffee has gone from a drink to an experience.

Customers expect more from their morning coffee than they used to. And that isn’t going to change in 2019.

This doesn’t just mean serving the same brew in a mason jar.

Coffee-drinkers will get younger

Millennials have been blamed for the death of a good few industries, but coffee is not one of them.

Rather, the fastest-growing age bracket among coffee-drinkers is the 13-18 demographic.

These are people who haven’t necessarily grown up trying sips of their parents’ heavily sweetened Nescafe, who have taken different routes to coffee, and expect something different to a traditional caffeine fix.

Here’s a few trends that we expect young people to drive in 2019:

Cold-brew coffee will stop being a novelty

As the pace of life gets faster and faster, people have less time to spend waiting for a coffee -- particularly young people, who value convenience more than any other generation.

But equally, millennials don’t want to miss out on their morning coffee fix.

And they certainly don’t want to compromise on quality.

This is where premium ready-to-drink coffee makes its appearance.

Although ready-made coffee has always been on the shelves in petrol stations and convenience stores, they’ve always been viewed as second-best.

It can be bottled easily, making it perfect for on-the-go consumption, and because it’s not extracted using hot water, it is a sweeter drink than its conventionally-brewed counterpart, making it more palatable for young people used to light, bright roasts.

London-based Sandows has done a lot to popularise cold-brew, with their bottles and cans becoming a common sight in cafes across the capital.

But anyone can make cold-brew anywhere: you don’t need any specialist equipment to produce it, unlike traditional espresso-based drinks.

2019 will be the year that cold-brew stops being a summertime novelty, and hits the mainstream.

But cold-brew isn’t just for bottling.

Baristas will get used to serving coffee from kegs in 2019.

Nitro cold brew is cold brew coffee infused with nitrogen gas and forced through a draft system in the same way as Guinness. And much like the beer, it has a rich, velvety mouthfeel, and a thick, creamy head.

Nitro cold brew takes the smoother, mellower taste of cold-brew and pushes it to the extreme.

And it’s popular: since testing nitro cold brew coffee in a few of their US outlets in 2016, Starbucks has since rolled it out across 1400 of its American locations, and has started selling it in the UK.

Shops planning to stock nitro cold brew should be aware that there are set-up costs -- a full-scale setup with a pressurised keg and special tap can cost over a thousand pounds.

But if you’re not ready to splash out, startup Hatfields London sell the NitroPress, a canister that works somewhat like a chef’s whipped cream dispenser, for a fraction of the cost.

You can also buy in cans of nitro cold brew, but then, you risk missing out on the novelty -- part of the appeal of nitro coffee for the customer is watching their drink cascade down into the glass.

And the appeal for shop-owners is clear, too. Nitro cold brew might be shedding its novelty status, but it is still very much a premium item, with a premium price-tag.

Since being founded in Italy, in 1989, the Slow Food Movement has, appropriately enough, moved slowly. It’s a bit of a sleeper hit.

But more and more people are paying attention.

The Slow Food Movement celebrates locally-grown food and regional specialities, with an emphasis on transparent sourcing and supply chains.

Coffee might be pretty hard to grow locally, but consumers are still looking to suppliers to up their game.

Millennials are a conscientious audience, and look to consume ethically.

According to a Nielsen survey published in 2015, 66% of consumers are willing to pay more for ethically-sourced and sustainable products -- up from 55% the year before.

That figure rose to 75% among millennials.

And 78% of consumers were willing to pay more for ethically-sourced coffee.

Since 2015, this trend has shown no sign of reversing.

Coffee is the second-most widely traded commodity on the market, only after oil. But attempts to grow it on an industrial scale have led to environmental degradation and poverty wages -- often, farmers growing coffee wouldn’t be paid enough in a day to buy themselves a cup.

Increasingly, coffee roasters and shops are opting to purchase their beans from the grower, in a set-up known as “direct trade”.

This means that they can cut out the middleman and deal with the people growing their coffee.

Direct trade gives roasters control over what beans they buy, and the conditions in which they are grown.

It also allows roasters to pay farmers a fair price.

Direct trade coffee is more popular in the US than it is the UK, with a number of small coffee stores and chains touting their direct trade credentials, but in Britain, Union sources its beans directly from farmers, selling both blends and single origin coffee, as well as offering a subscription service.

As consumers get more clued-up about the ethics of their coffee, expect to see companies who go the extra mile with their sourcing be rewarded in 2019.

Milk alternatives will continue to boom

As you've read this far, here's a bonus trend to sink your teeth in to.

Alternative milk has gone from vegan-friendly curio to mass-market product in the past few years, and that trend doesn’t show any signs of slowing.

And this bears out in shops and cafes: while in the past, it was only big chains that carried alternative milk products, and vegans and the lactose intolerant would have to bring their own or put up with black coffee, it’s rare now that you’ll come across a cafe that doesn’t carry soy or nut milk.

While soy and nut milks have been consumed across the world for hundreds of years, and manufacturers started producing them commercially in the early years of the 20th century, the market is still a fluid one, with plenty of players.

Swedish oat milk producers Oatly made a big scene in the UK in 2017, selling a standard product to home consumers as well as a product designed to create silky foam ideal for latte art, intended for sale to baristas and coffee shops.

Meanwhile, Rebel Kitchen have taken their experience selling coconut water to produce a “mylk” with coconut cream that mimics the properties of cow’s milk -- but without the cow. As an extra nod towards the dairy market, Rebel Kitchen’s consumer-facing product comes in skimmed, semi-skimmed, and full-fat, with coloured packaging in red, green, and blue to correspond with their traditional counterparts.

Milk that hasn’t been anywhere near a cow has become hot property in the past few years, and it’s showing no signs of stopping.

2019 is set to be a bumper year for coffee shops and cafes, but making the most of the year’s opportunities will require getting to grips with a new audience and thinking outside the box.

How to increase footfall:  6 ways to get people into your coffee shop that WORK

Which social media channels should I choose for my coffee shop?